A lot has been written about handling depression and anxiety, and with good reason! They are very common and can be very debilitating.

But this piece addresses some less common problems: mania and psychosis. These are not as commonly understood, so people are often ill-equipped to recognize or handle them when they come up.

I originally wrote this piece for the EA/rationality community, which has a lot of young adults and a lot of traveling, and thus has people particularly likely to experience these problems while in areas where they don’t have good access to supports and resources.

I think this information is worth knowing for anyone who knows a lot of young adults.

How common are these problems?

The National Institute of Mental Health estimates a 12-month prevalence for the following illnesses (the chance that an adult in the US met the criteria during the last year):

In other words, if you’re friends with 100 random American adults, around four of them will likely meet the criteria for one of these disorders this year. This doesn’t include people who experience psychosis but don’t meet all the criteria for schizophrenia (for example, because the psychosis is drug-induced).

Hypomania might include some of the below signs but be shorter and less intense and not disrupt the person’s life as much. Mania is a more intense version that impairs a person’s normal functioning (for example, through risky behavior).

These symptoms can last from days to months. Some people experience some of these at the same time as depression (a “mixed episode.”)

Some people feel that the euphoria and creativity that comes with hypomania works well for them. Many others find that periods of hypomania, while enjoyable, are often followed by periods of depression or full mania which cause serious problems for them.

Psychosis is losing touch with reality.

Many of these symptoms may also occur for other reasons. Some may come from physical problems with the brain (for example, a stroke). This is one of the reasons it’s a good idea to get medically evaluated if things seem off.

Some people may experience these symptoms before a full psychotic episode:

Does someone who experiences psychosis have a particular illness?

A psychotic episode may or may not indicate an ongoing mental health problem. After a first episode, about ⅓ of people will have another episode within 3 years (source). In some circumstances, like sensory deprivation or bereavement, hallucinations are very common and not predictive of future problems.

Some people have only one episode and recover fully. Others have multiple episodes and benefit from ongoing treatment but retain basically normal functioning between episodes. Others get progressively worse. People with recurring episodes would probably be diagnosed with one of the schizophrenia spectrum disorders.

Bipolar disorder and schizophrenia seem to have some common genetic risk factors. People with a family history of either disorder are more likely to develop one of them.

Drugs that may be relatively safe for some people may be much less safe for others.

There’s not clear evidence as to whether marijuana increases risk for psychosis, but it seems very plausible that it worsens existing psychosis and makes people who already have risk factors (like a family history) more likely to develop psychosis.

While drugs such as MDMA have been tested as therapies for conditions like PTSD, the findings of these studies may not be very generalizable because:

The Drug Policy Alliance’s statement on psychedelics:
“An individual’s experience using a psychedelic drug is strongly influenced by two key factors: set and setting. The set is the internal mental environment, and the beliefs, of the person who has ingested the substance. Setting is the external environment. If someone uses a psychedelic in a threatening or chaotic set or setting, that person is more likely to have a threatening or chaotic experience. Likewise, if psychedelics are used in a safe, supportive environment, it will be easier for the person to allow his or her experience to develop in a coherent, potentially meaningful manner – though some parts may still be overwhelming or psychologically jarring.”

Most people don’t get help soon enough. Someone who experiences psychosis usually doesn’t get treatment until more than a year later. Someone with bipolar typically isn’t diagnosed until more than three years after their first mood episode.

A survey by the National Alliance on Mental Illness asked people who have experienced psychosis who helped them during the early stage of their illness. The most common answer was “no one.” (Parents, psychiatrists, and therapists were the next most common answers.)

In the survey, people who had experienced psychosis listed ways others had helped them:

They also listed their most important needs during periods of crisis:

Seek medical care if you’re concerned that you or someone else isn’t doing well. This is the standard advice for a good reason, which is that things may get worse if you try to just wait it out. You may miss the opportunity for treatment that would have been helpful. The problem may be due to something you don’t expect (like a neurological problem, a substance you didn’t realize the person took, or an infection). Or it may get beyond what you can safely handle.

Other types of help

If for some reason you decide not to get medical help, here are some basic safety tips.

Someone I know is in crisis from Treatment Advocacy Center 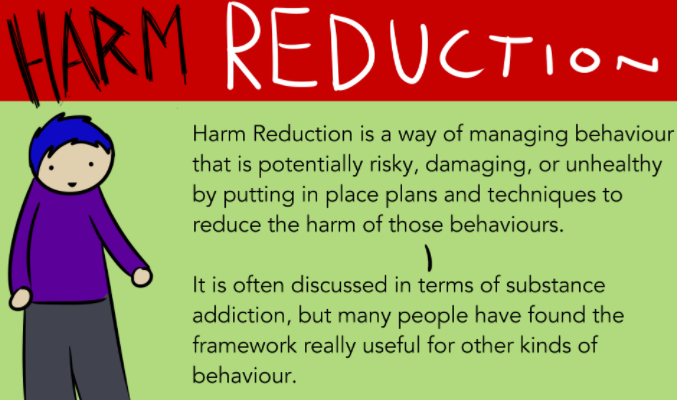 Some people find that mood/sleep tracking apps help them recognize when a manic episode is approaching.

Advance directives for mental health, sometimes called wellness plans or mad maps. These are plans for what steps you want to take when. This includes information like:

How to get therapy from Kate Donovan

Things that sometimes help if you have depression from Scott Alexander (including info on why people with bipolar need different treatment from people with depression).

Supporting a person with mania or hypomania

Helping a loved one manage a manic episode

Dealing with Psychosis: A Toolkit for Moving Forward with Your Life

This site uses Akismet to reduce spam. Learn how your comment data is processed.

Even after all this time
The sun never says to the earth,
“You owe me.”
Look what happens with
A love like that,
It lights the whole sky.
– Daniel Ladinsky